Delta-8-tetrahydrocannabinol, also known as Δ8THC, is one of the many cannabinoids that occur in cannabis plants. Think of it as the younger brother of the more famous THC, the major psychoactive component of cannabis. Delta-8 THC is formed in the cannabis plant when delta-9 THC becomes oxidized. Some of it will convert into an isomer with an extremely similar molecular structure, referred to as delta-8 THC, or Δ8THC for short.

Δ8THC is found in very low concentrations (< 0.1%) in CBD hemp flower. However, it can be extracted or converted using other cannabinoids and made into a concentrated form for a variety of uses. There is still some mystique surrounding this lesser known cannabinoid. This guide explains what we currently know about it so far, and why it’s been gaining some traction.

Does delta-8 THC get you high?

According to some users, delta 8 can get you stoned. Other users report feeling little to nothing in terms of intoxication. Delta 8 is psychoactive, but its intoxicating qualities are not a given like with delta 9 THC.

Similar to CBD, delta 8 also binds to the CB-1 cannabinoid receptors in the nervous system, but delta-8 THC tends to react differently due to its slightly altered molecular structure. Users have reported clear-headed, anxiolytic (anti-anxiety), and non-sedative effects. In many ways, the effects of delta 8 are like the opposite of delta-9 THC. But everyone is different, and products and strengths vary, so always err on the side of caution.

How do you use delta-8 THC?

Delta-8 THC is generally produced into a distillate form. That’s because it occurs in such low amounts in cannabis plants. Delta-8 can be distilled into a thick translucent liquid that looks like any CBD distillate. This requires a multi-step process, in which the plant goes through levels of refinement including extraction, winterization and then decarboxylization.

Delta-8 distillate is available in cartridges or syringes, and can be vaporized using a standard weed pen or dab rig. It can also be mixed with flower to kick up the Δ8THC potency level. Since distillate is technically edible, it can be consumed orally, but there has not been much research conducted on the effects of delta-8 when metabolized in the body. There are also a few delta-8-THC infused oral tinctures (for sublingual use) available as well.

These are the most common uses for delta-8 THC concentrates:

What are the benefits of delta-8 THC?

The limited research conducted on delta-8 THC appears to be promising. There are currently multiple patents for methods of producing Δ8THC concentrates. This could be an indication that we might be hearing more about this not-so-well understood cannabinoid in the near future. Here are some of the potential benefits based on the research we currently have:

According to a study conducted in 2013 cited by the National Cancer Institute, delta-8 THC is considered to be one of the cannabinoids that has been shown to inhibit tumor growth, “…Delta-9-THC, delta-8-THC, and cannabinol (CBN) were found to inhibit the growth of Lewis lung adenocarcinoma cells in vitro and in vivo. In addition, other tumors have been shown to be sensitive to cannabinoid-induced growth inhibition.”

A study from 1995 published in Life Sciences indicates delta-8 THC’s ability to reduce symptoms of nausea with minimal side effects in children, “Delta-8-tetrahydrocannabinol…was administered (18 mg/m2 in edible oil, p.o.) to eight children, aged 3-13 years with various hematologic cancers, treated with different antineoplastic drugs for up to 8 months…Vomiting was completely prevented. The side effects observed were negligible.”

A 2004 study published in Pharmacol Biochem showed that delta-8 THC, even in extremely low doses, increased appetite and cognitive function in mice. “Delta(8)-THC (0.001 mg/kg) caused increased food consumption and tendency to improve cognitive function, without cannabimimetic side effects. Hence, a low dose of THC might be a potential therapeutic agent in the treatment of weight disorders with minimal side effects associated with cannabis use.”

A 2018 study from the Cannabinoid and Cannabis Research journal has shown potential for treating pain and inflammation with topical delta-8 THC (and CBD), “Our results provide novel evidence that the phytocannabinoids Δ8THC and CBD…are antinociceptive and anti-inflammatory in an experimental model of corneal hyperalgesia.”

A study from a 1987 Alcohol and Drug Research journal conducted on mice, shows that delta-8 THC may also possess some neuroprotective properties based on brain activity that was monitored in the study. The point of the study was to test various cannabinoids, but delta-8 THC was one of the components of the cannabis plant that stood out to the researchers of this study for its significant effect from such a minute dosage.

Hopefully more research will be conducted on the various potential medicinal uses for Δ8THC in the future. Here is a quick list of the current benefits that have been documented so far:

What are the side effects of delta-8 THC?

The side effects of delta-8-THC as observed by researchers were pretty insignificant. Especially when compared to some of the more common pharmaceutical alternatives. There is still a lot more research that needs to be done, but delta-8-THC seems to possess many of the beneficial properties of cannabis, with significantly less adverse effects when compared to delta-9-THC.

However, it is still a form of THC. Any cannabis product with high levels of THC, a known psychoactive compound, should always be used with caution. While delta-8-THC is said to be less psychoactive, online users have reported that it is possible to over-do it. Start slow and low and assess your tolerance from there. Just because it gets you less high doesn’t mean it won’t get you high at all. One last thing to note is that delta-8-THC can still cause redness of the eyes, especially in stronger doses.

Isn’t it fascinating how two cannabinoids, almost identical to each other on a molecular level, can produce such different effects when interacting with the human endocannabinoid system?

Yes, Delta 8 THC is federally legal under the 2018 Farm Bill.

Federal Legality of Hemp and Hemp Derived Products Such as delta-8 THC Containing Less than 0.3% delta-9 THC on a Dry Weight Basis 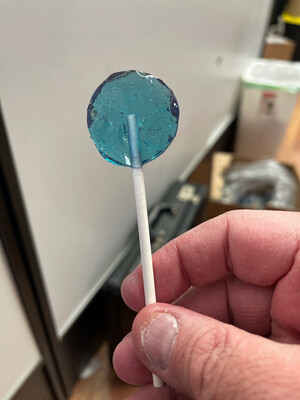 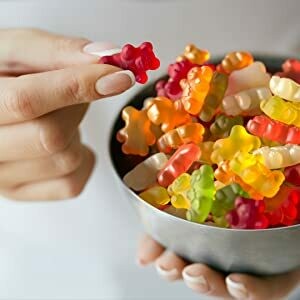 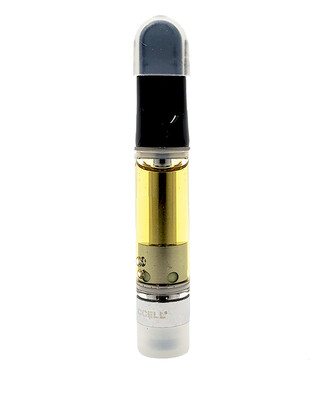 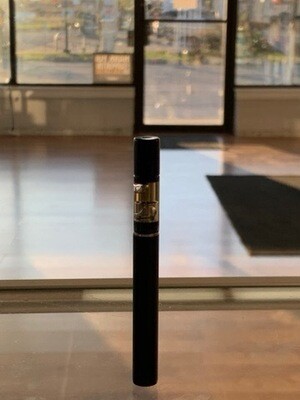 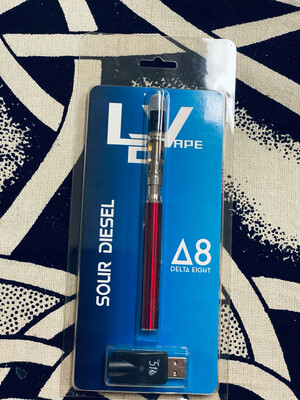 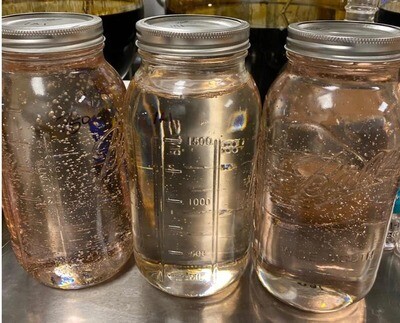 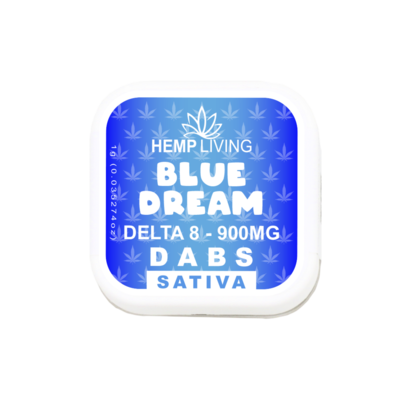 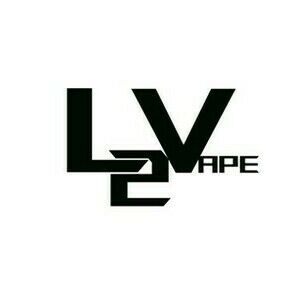